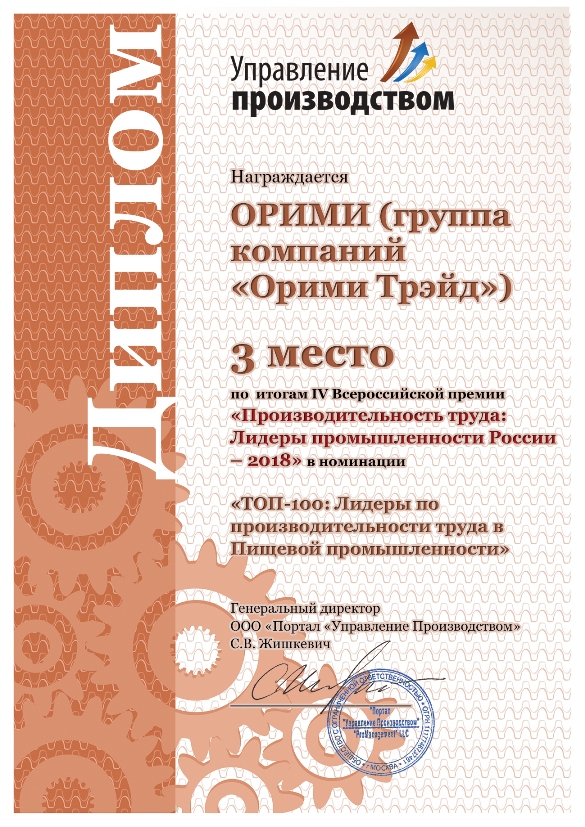 The Orimi factory has entered again the rating of leaders of the Russian industrial enterprises on the productivity of work, which is annually conducted by the Center of Industrial Researches of Business Portal "Production management".
When compiling the rating, the data of more than 5,000 industrial enterprises of Russia, the total revenue of which exceeds 50% of Russia's GDP, were analyzed. To calculate productivity, the indicators of revenue and the average number of enterprises for 2017 and 2016 were used. The rating covers almost all industries in Russia: energy, mechanical engineering, metallurgy, instrumentation, radioelectronics, chemical, food, oil and gas, electrical industry, production of building materials, military-industrial complex.
Orimi factory occupies the 35th place in the general rating of leaders of the Russian industrial enterprises on productivity of work (TOP-100); in the rating of food industry enterprises, Orimi factory showed the third result in the industry.