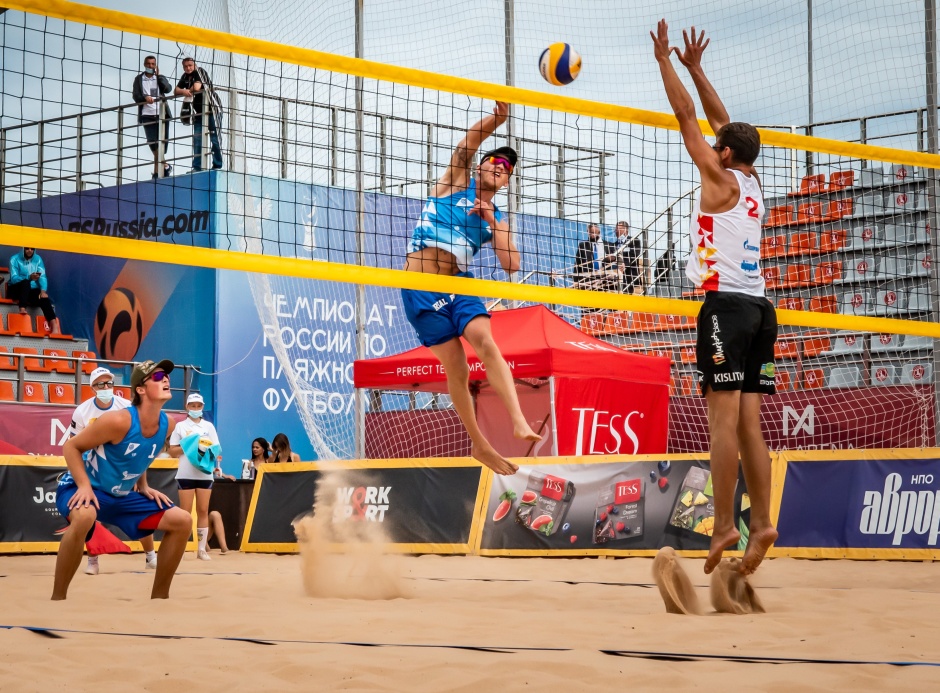 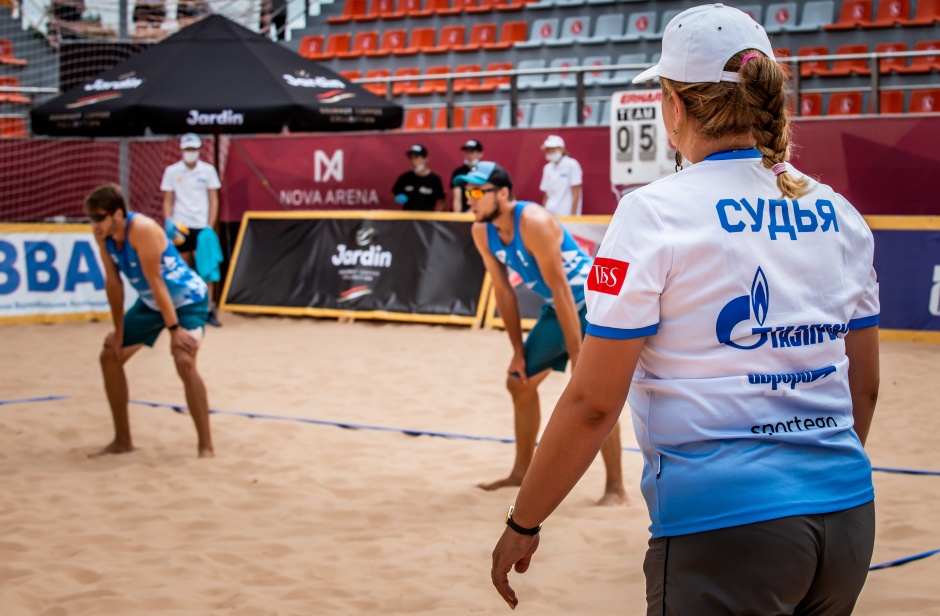 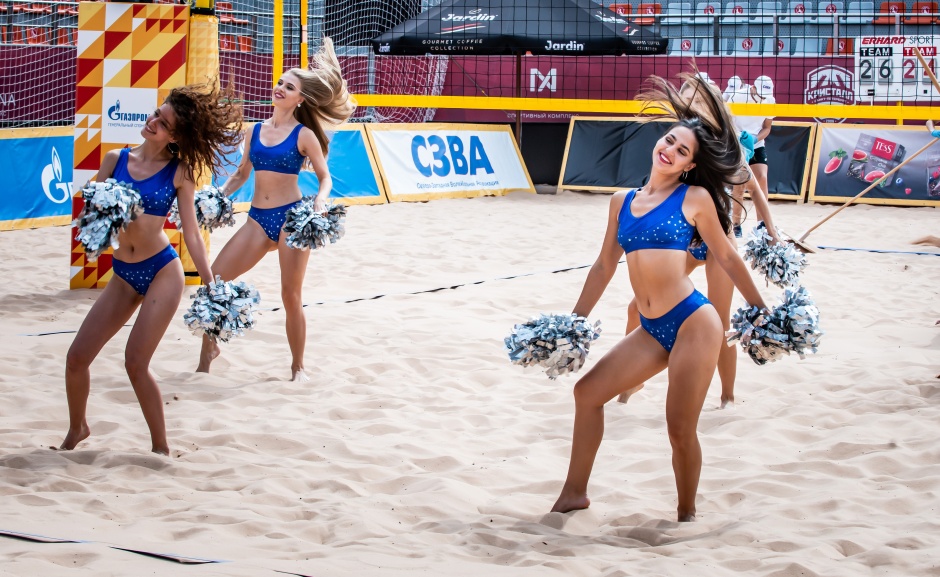 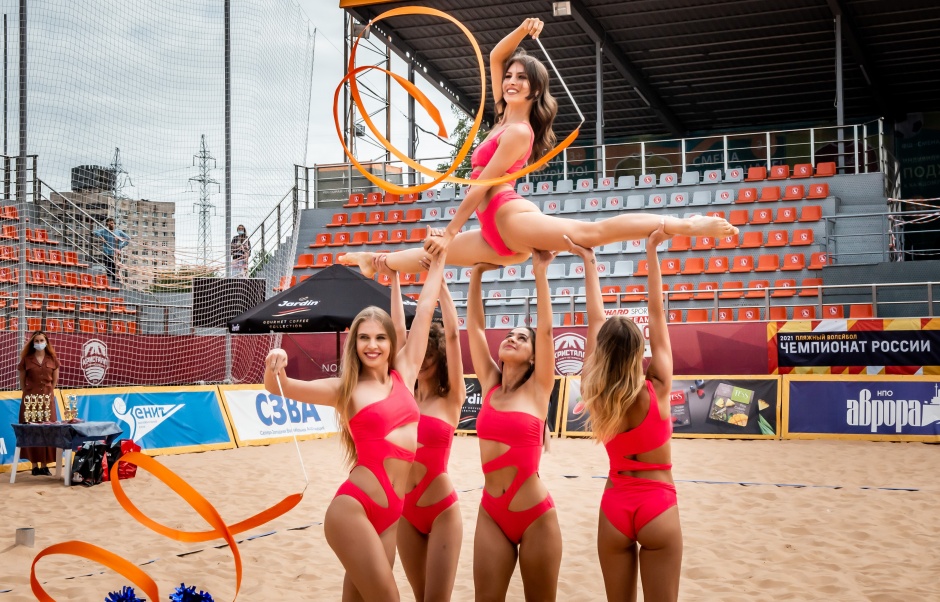 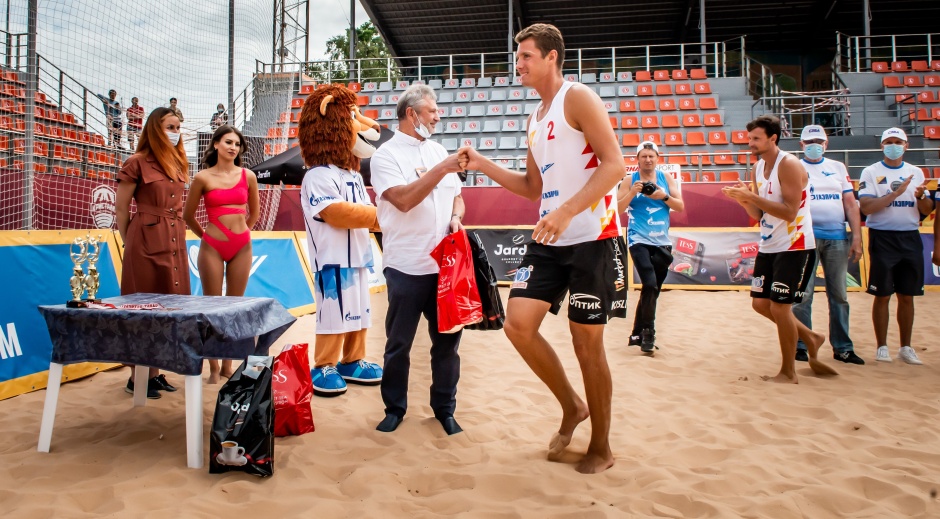 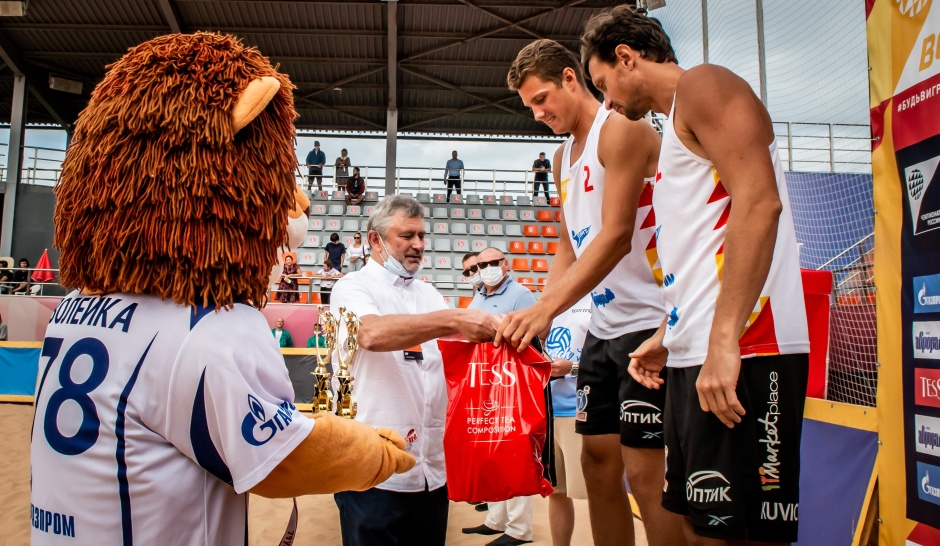 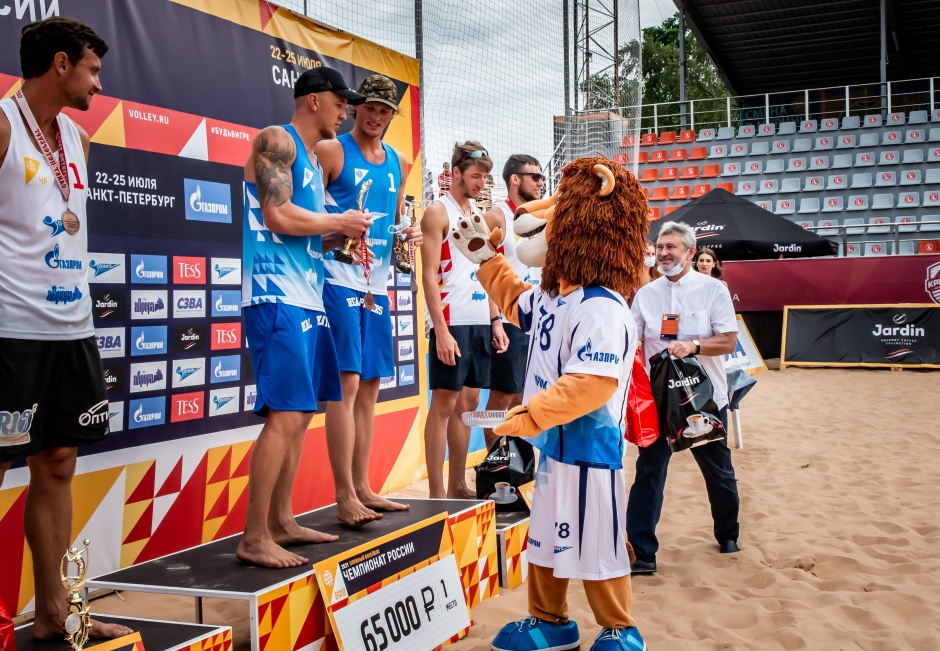 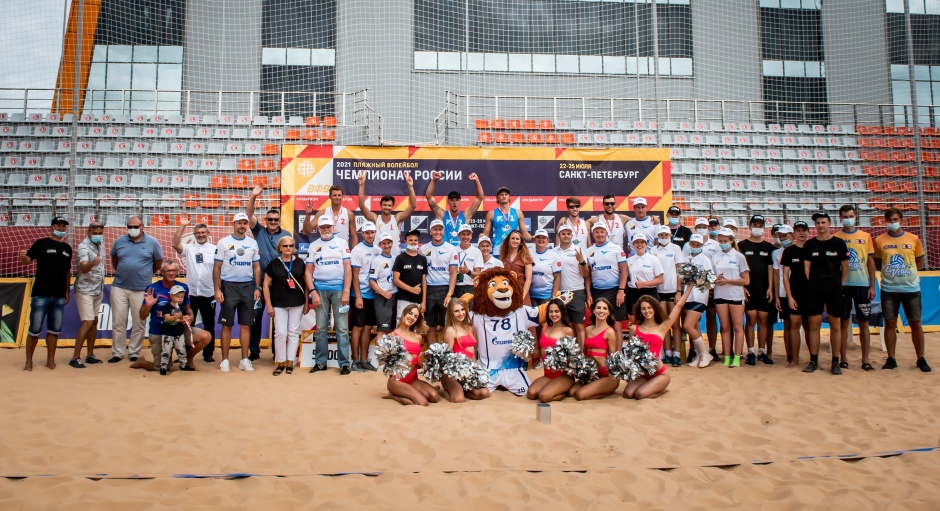 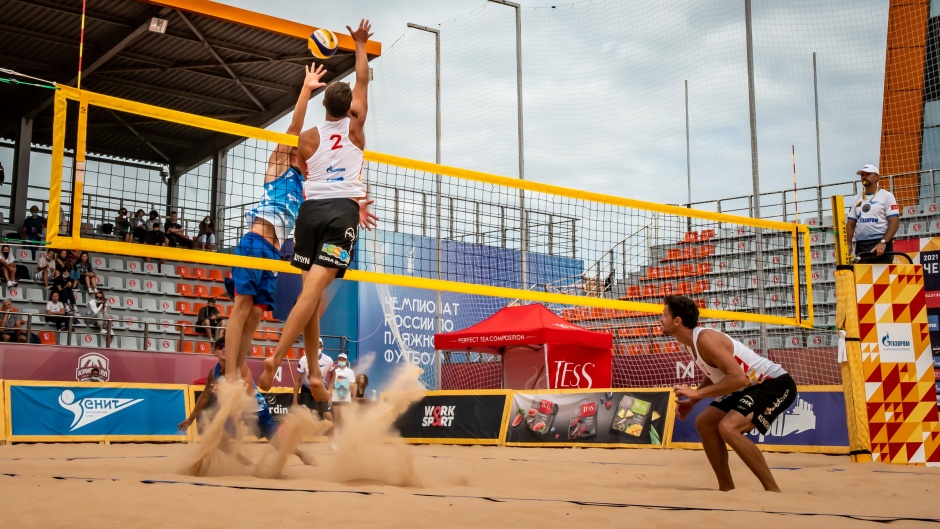 The winners and medalists of the 6th round of the Russian Men’s Beach Volleyball Championships were announced in St. Petersburg. A record 41 duos from 15 regions of Russia applied to compete in the tournament. The matches were held at the Nova Arena sports complex. Unfortunately, the coronavirus prevented fans from attending the events in person. However, games were livestreamed on the internet, allowing viewers to follow the fierce competition from anywhere in the world.
Fans unanimously agreed that the final match was the highlight of the tournament. Artem Yarzutkin and Dmitriy Veretyuk from Kaluga Oblast (Obninsk volleyball club) and Daniil Kuvichka and Anton Kislytsyn (Rio, St. Petersburg) battled it out on the sand court. The competition was fierce: the first set went to the visiting team, but the Petersburgers won back the second. In the end, though, Obninsk came out on top. The gold medal in this round of the national championship was especially important for the athletes from Kaluga Oblast, as Artem Yarzutkin had not competed for an entire year due to an injury. The tournament in St. Petersburg was his first competition since his return.
The winners and medalists won more than just trophies and medals: they also received special prizes from the Orimi Group, a long-time partner of the Northwest Volleyball Association. TESS tea and Jardin coffee were served as the official drinks of the tournament. 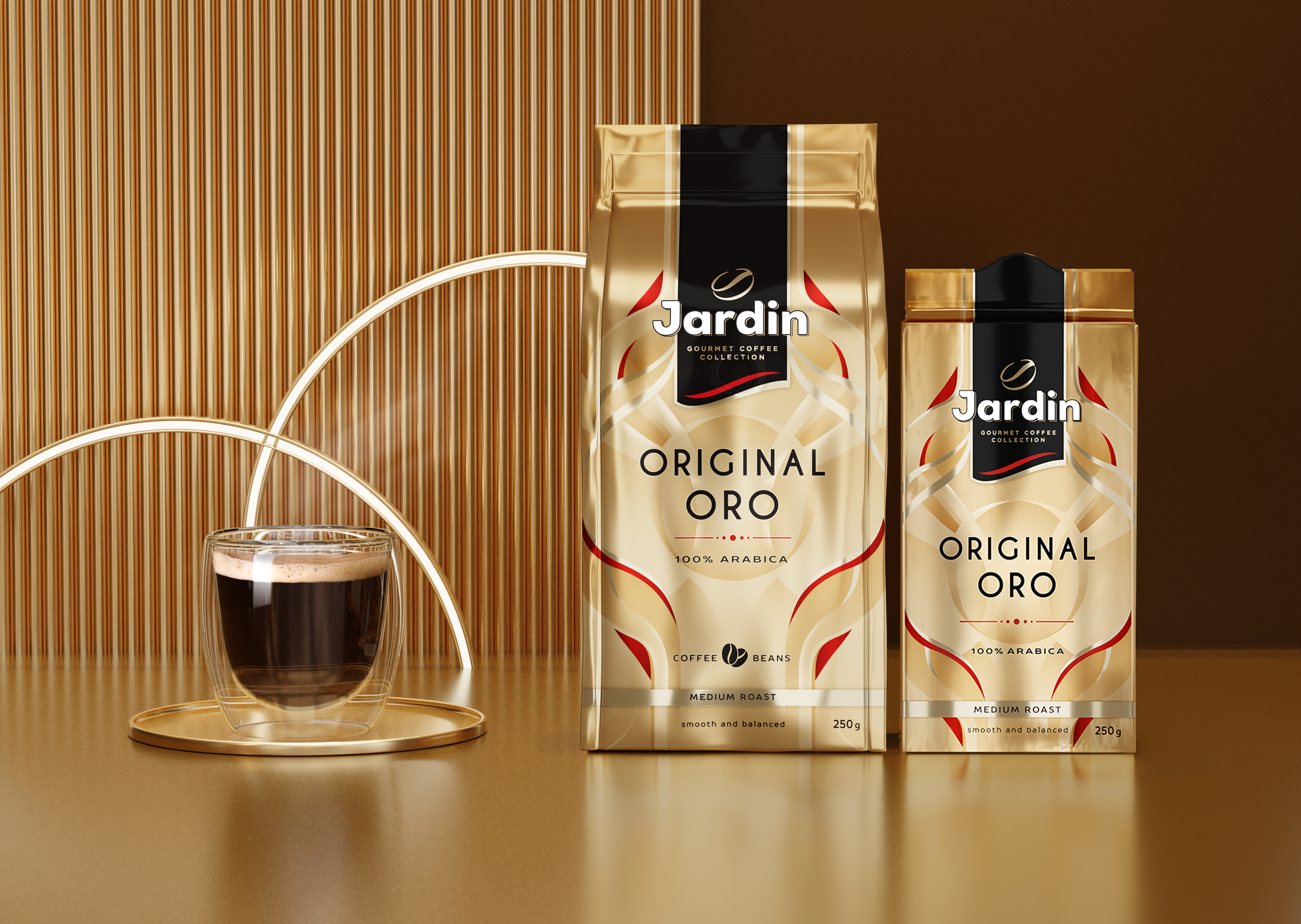 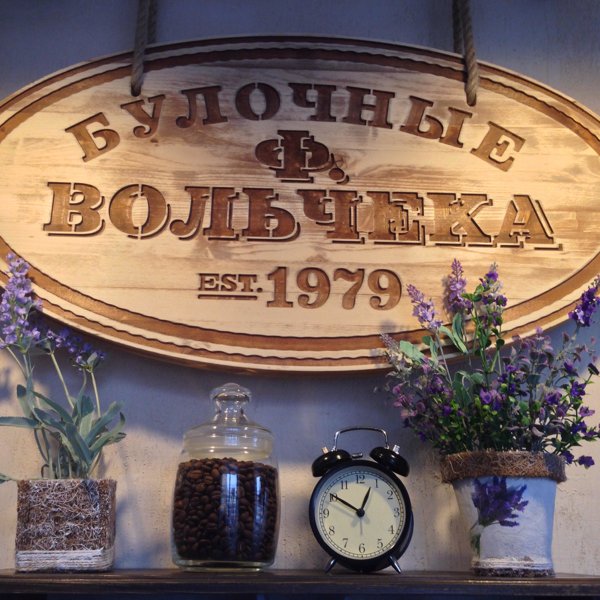 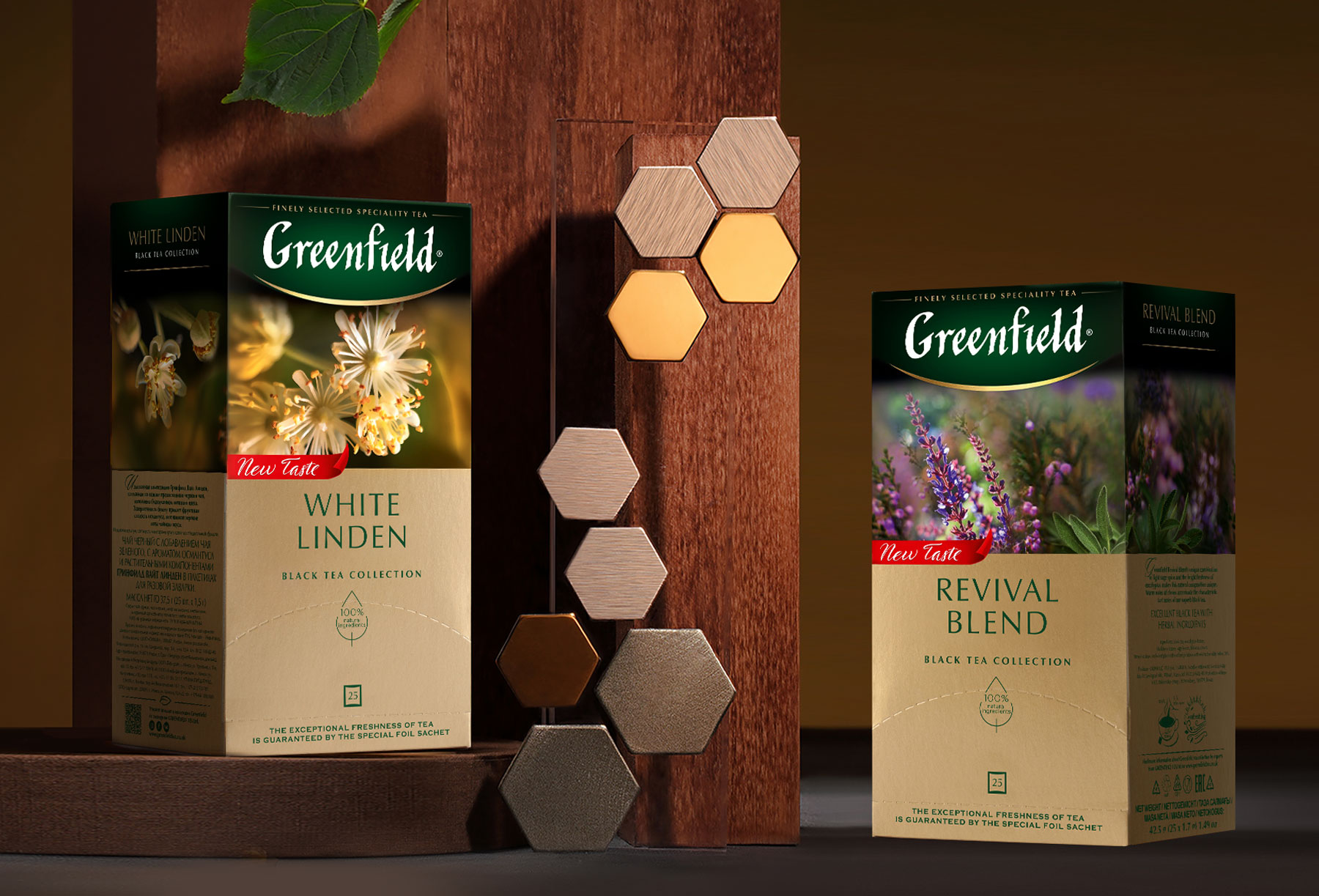